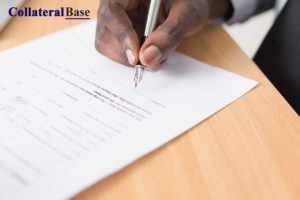 We enter into a number of contracts each and every day. Contracts are made on a regular basis, and it doesn’t need to be written or signed by both parties in order for it to be considered a legal contract.

For example, if you pay for a ticket at a movie, the theater is required to give you a seat to the show, otherwise they are in breach of the contract that is established when you place an order at their box office.

Similarly, when you pay your mortgage or your credit card bill, you’re holding up your end of the contract. You’re probably involved in a bunch of contracts at the moment, but what happens when you or the other party fails to hold up their end of the bargain? That’s the focus of today’s blog on the basics of breach of contract laws in Illinois.

A thorough list of all business and commercial contracts would take up numerous volumes of writing. However, we have observed some contract types that are commonly used in breach of contract claims:

Contract Formation and Breach of Contract

If these conditions are met, it can be assumed that a legal contract has been formed.

The contract does not need to be drafted and then signed by both parties in order to be valid, although it’s much easier to prove the other party did not hold up their end of the bargain if you have a written agreement on the exact exchange of considerations.

You should also get a receipt or draw up a contract for serious matters. A contract is said to be breached if one party fails to provide their consideration. If you believe someone has breached a contract with you, you’ll have to prove three factors exist. You need to prove that all three of these factors exist in order to have a valid claim. They are:

What is the Definition of Breach of Contract?

A “breach of contract” is a legal term referring to a breach of a contract or agreement when one party fails to fulfill its obligations in accordance with the agreement’s terms. It can sometimes include interfering with another party’s capacity to carry out his responsibilities. A contract might be broken whole or partially.

Most contracts come to an end after both parties have completed their contractual responsibilities, but it’s not uncommon for one party to fall short of their contractual commitments. One of the most prevalent reasons that contract disputes are taken to court for settlement is breach of contract.

RELATED: How to read a cash flow statement

General Requirements for a Breach of Contract Lawsuit 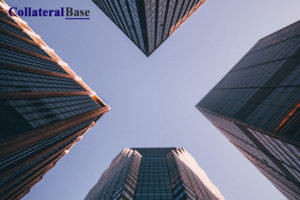 The judge generally will have seven questions about the suit:

Because state laws differ greatly, there may be additional things to consider depending on where you are. Before taking any legal action, consult with an attorney to assess your situation.

How do I file a Breach of Contract Lawsuit?

The first thing you need to make sure is that you have a legally binding contract, whereof which one party failed to hold their end of the bargain, making the other or others suffer damages as a result of the “default.”consequence. Once you are sure the contract was breached you should:

You should consult with a local breach contract law attorney who will be able to provide specific legal advice.

The defendant (the party being sued) has a legal right to explain why the claimed breach isn’t actually a breach of contract or why the breach should be forgiven, just like in any other litigation. This is referred to as a defense in legal jargon. The following are five frequent contract breach defenses.

This is defined as “knowingly misrepresenting the truth or concealing a crucial fact in order to persuade someone to behave against his or her own interests.” When a defendant asserts this defense, they are claiming that the contract is void because the plaintiff omitted to disclose relevant information or made a false statement regarding a major or crucial fact. The defendant must show that the deception was intentional.

When one person uses physical force or other threats to convince another to sign a contract, this is known as duress. This, too, can render a contract void because neither party signed voluntarily, which is a typical contractual requirement.

This is similar to duress. It means that one party had a power advantage over the other and that they used that advantage to force the other to sign the contract.

A defendant’s mistake will not invalidate a contract or dismiss a breach of contract action, but if the defendant can show that both parties made a mistake concerning the subject matter, it may be enough to void the contract and serve as a defense.

Many sorts of lawsuits are subject to statutory time restrictions, or deadlines by which they must be submitted and filed. If the defendant can establish that the statute of limitations has run out, a breach of contract lawsuit can be dismissed. Individual state laws determine the statute of limitations, therefore they can differ. A formal contract usually lasts three to six years on average.

Remedies for a Breach of Contract Lawsuit

When a person or a company breaks a contract, the other party to the agreement is entitled to legal redress (or “remedy”). The following are the most common remedies for a contract breach:

The payment of damages — payment in one form or another — is the most common remedy for a breach of contract. There are many kinds of damages, including the following:

If damages are insufficient as a legal remedy, the non-breaching party may seek particular performance as an alternative. The violating party’s court-ordered fulfilment of contract obligations is known as specific performance.

If the subject matter of the agreement is unusual or unique, and damages would not be sufficient to put the non-breaching party in the same position as they would have been had the breach not happened, specific performance may be utilized as a remedy for breach of contract.

As a contract remedy, “restitution” involves putting the non-breaching party back in the position it was in previous to the breach, whereas “cancellation” means voiding the contract and relieving all parties of all obligations under it.

Where can I file a Breach of contract Lawsuit?

You may file a claim for breach of contract in any court where there is proper jurisdiction and venue, unless the contract otherwise dictates where the claim must be filed. Take into consideration that laws may be more beneficial for your position depending on the jurisdiction, so having a lawyer that knows where to file your lawsuit could determine completely if you win or lose your case.

When can I file a Breach of Contract Lawsuit?

There is something called the Statute of Limitations, and it states the maximum time for actions to be initiated from the moment the wrong was caused. The state of Illinois establishes for breach of contract law a maximum of 10 years for written contracts, 5 years maximum for oral contracts, and for certain sales contracts a shorter limit of 4 years.

You may ask yourself: When does the countdown start? The general rule is that it starts running the moment the breach happened. Meaning the day the violation of the terms occur, in case the general rules does not apply to your case your lawyer will know how to guide you.

Do I need a lawyer to file a Breach of Contract Lawsuit?

There is only so much you can learn from the internet. As much as it is important for you to research your case and learn about your options, an experienced prepared lawyer could give you an estimate on your lawsuit determine the destiny of your suit.

Not only will your lawyer help you prepare your case and represent you in court, they could assist you in mediation and arbitration procedures, and their years of experience will allow you not to worry about the most challenging aspects of the contract law. If you are looking for a Breach Contract Law Attorney do not hesitate to contact us.

Should I file a Breach of a contract lawsuit ?

If you are uncertain whether initiating a lawsuit for the breach of you contract or not, don’t forget to think of:

Don’t forget successful businesses maintain their success by protecting their interests. Not taking action when a violation of an agreement happens and damage is done to you or your business is never going to result in a favorable outcome. With specialized legal advice you will be provided with all your options and guided in the best way through the process