Bank attorney, Thomas Howard, has performed numerous replevins of collaterally wrongfully held by borrowers in default – contact him on your secured transaction.

Talk With A Replevin Lawyer

How to get a replevin in Illinois:

Replevin is the term used to describe the recovery of your goods or possessions that were unlawfully withheld or taken from you. Our attorneys in Peoria IL stand ready to help you out.

For example, if you take your car to a mechanic and the shop closes down before it is fixed, you would file an action of replevin in Illinois to get your car back if they fail to return it to you.

You do not have a case if, for example, your car was fixed and you failed to pay. That is a different scenario and not one where you would be able to seek an action of replevin because you owe the mechanic money.

However, in instances like the one described above where your goods or a possession has been unlawfully withheld from you, an action for replevin must be filed to recover your property.

Note that actions for replevin typically end up in chancery court.

Chancery court is a court of equity, which means that it hears disputes between parties and decides based on fairness, as opposed to case precedent as would be done in a court of law. The chancery court reviews the situation and tries to come to the fairest, most equitable result.

If the court finds that your property was wrongfully taken or withheld, it will issue an order for replevin that directs the sheriff to take your property from the defendant and deliver it to you. 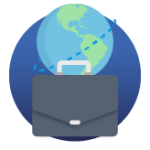 The case is usually filed in the county where the property is taken. For example, if you had something taken in Chicago, a Chicago replevin attorney or other Cook County lawyer would likely file the case at the Daley Center.

On the other hand, if you live in Chicago, but had your property taken in Waukegan, the court action would be filed at the Lake County Courthouse.

However, before it gets to that point, you will have to pay a lawyer to represent you in your replevin action. So, even though your property was wrongly taken from you, you have to initially foot the bill to get it back.

Attorneys that bring replevin suits charge by the hour because they aren’t recovering money. The amount they will charge depends on how long the case lasts.

In some cases, you can petition the court to have the defendant pay your attorneys’ fees. However, your lawyer will require you to pay his or her fees as they come due and seek reimbursement in court.

It is unfortunate and likely feels extremely unfair that your property was taken or withheld from you through no fault of your own and, to make matters worse, you have to now pay to get it back and hope that you are later reimbursed.

That is why it is important to get a lawyer who understands the replevin process and the workings of the chancery court.