Was your reliance justifiable  or reasonable when lending money to a dishonest debtor that. later ends up in bankruptcy. Collateral Base Attorney Tom Howard recently helped our client win a $1.8 million dollar verdict in a bankruptcy case out of the Central District of Illinois. The case, liura v. Brady (In re Brady), concerned several novel issues of law, including the standard for “justifiable” or “reasonable” reliance under §523(a)(2) of the Bankruptcy Code.

Exceptions to Bankruptcy Discharge under Section 523 –

Bankruptcy discharge is the value most debtors that petition for relief under the Bankruptcy Code are after.  The discharge of their debts can wipe away thousands or millions of dollars of debt holding down a debtor in order to give him or her a fresh start.  But not all debtors are honest but unlucky. Some are lying about their debts, which is why you can file an action to except certain debts, usually obtained fraudulently, from discharge.

Section § 523(a)(2) of the Code is the authority for such adversary proceedings, which provides, in relevant part:

The case concerns the Chapter 7 Bankruptcy of Bob Brady (Debtor), a prominent home builder in Central Illinois. After earning his MBA and spending several years in banking, Bob Brady joined Brady Homes, the family business. Brady Homes has built over 1,500 homes in the Bloomington/Normal area, and has also built and managed apartments and condominiums. The Debtor also participated in several other real estate businesses, including Pinehurst Development (Pinehurst) and Brew of Illinois, LLC (Brew). In other words, the Debtor was a very experienced and sophisticated real estate professional, and knew all about holding and transferring title of property.

As our Central Illinois readers might know, the Debtor is the brother of State Senator Bill Brady. At the time of the loan, Senator Brady was running for Governor of Illinois as the Republican Party nominee. He went on to narrowly lose the race to incumbent Governor Pat Quinn. Bob Brady needed the loan to pay subcontractors, who were threatening to file liens and go public with the Bradys’ ongoing financial woes. Naturally, this would have been embarrassing for Senator Brady’s campaign.

In 2010, Dr. Thomas Pliura (a lawyer and a physician) and his wife loaned Brady and his brother $1,000,000 at an interest rate of 6%. The note was accompanied by a Security Agreement, giving the Creditors security in several properties own by Brady and identifying each property, including the address and tax identification number. The Security Agreement stated that the Bradys were the “sole, legal and equitable owners” of the properties.

Recording a mortgage perfects the lien against the real estate

In the interest of Brady’s political ambitions, Dr. Pliura agreed not to record a mortgage against the properties which secured the $1,000,000 Note. He simply relied on the promises and written representations of the Brady Brothers, whom he had known for twenty years.

In fact, Pinehurst and Brew owned all the properties, not by Brady and his brother as they claimed. Additionally, all of the properties were encumbered by mortgages to Busey Bank. The properties had actually been cross-collateralized to other loans, and the Bradys were underwater on their various loans by approximately $3 million dollars.

The Bradys made one payment to Dr. Pliura- a check that bounced. They never tendered any additional payments. Dr. Pliura retained an attorney to look into collecting on the Note, and discovered that the Properties purportedly owned by Brady, actually belonged to someone else.  Also the real estate had additional liens to Busey Bank. Soon, Brady filed for bankruptcy, and Dr. Pliura filed his lawsuit.

Normally in bankruptcy, a debtor’s outstanding debts are discharged, and creditors have their rights to collect curtailed or outright eliminated. Under Section 523 of the Bankruptcy Code, there are a few ways to prevent this, or have a debt declared “non-dischargeable.” Section 523(a)(2) again provides:

(2) for money, property, services, or an extension, renewal, or

refinancing of credit, to the extent obtained by—

(A) false pretenses, a false representation, or actual fraud,

(B) use of a statement in writing—

(i) that is materially false;

(ii) respecting the debtor’s or an insider’s financial

(iv) that the debtor caused to be made or published with

The two sections have previously been held to be mutually exclusive. Under the recent Supreme Court case of Lamar, Archer & Cofrin, LLP v. Appling, the Court found that “a statement about a single asset” could be a “statement respecting a debtor’s financial condition.”  If the Bradys made a statement about a single one of their assets, they would be in Section 523(a)(2)(B) and the “reasonable reliance” standard. The Court briefly addressed this issue. It found that Brady had made written representations about his financial condition, so they had to recover under 523(a)(2)(B).

Was There Reasonable Reliance?

Brady never disputed that he knowingly made materially false statements about his ownership of the Properties. He also did not dispute that the money was, in fact, owed to the Pliuras. There was a mountain of evidence that Brady knowingly and intentionally deceived Pliura to induce him to make the loan. But the bigger question was: did Dr. Pliura reasonably rely on Brady’s representations?

The Court began its analysis by noting that usually, reasonable reliance is determined based on the lender’s lending standards. However, “[h]ere, of course, the Pliuras are not traditional lenders and have no standard practices or any relation to the lending industry; it would be unfair and inappropriate to evaluate their reliance as though they were commercial bankers.” As the court further explained, while “reasonable reliance does not generally require creditors to conduct an investigation prior to entering into agreements with prospective debtors[.]” In re Morris, 223 F.3d 548, 554 (7th Cir. 2000). But, at the same time, creditors cannot ignore “obvious red flags.” Harris N.A. v. Gunsteen (In re Gunsteen), 487 B.R. 887, 902 (Bankr. N.D. Ill. 2013).

The Court looked at the various statements made by parties to the Note. However, at the end of the day, it was not just that the parties has discussed ownership of the properties.  Instead, “Dr. Pliura put the information they were relying on in writing, and the Debtor signed that writing.”  Brady unrebutted the presumption that he read the representations in the Note at closing, and did not raise any objections at the time.

The court also relied on Dr. Pliura’s personal relationship with the Bradys in assessing his reliance. “He knew that William Brady was a state senator and a candidate for governor and, apparently, he held Sen. Brady in high regard. He knew the Bradys as successful businessmen in the community, and, despite also knowing of their current financial distress and urgent need to borrow money, he had no reason to think that any of the Bradys, including the Debtor, would look him in the eye and lie.”

This case provides significant guidance for creditors who are proceeding under 523(a)(2)(B). Even sophisticated individuals can be misled and lied to by people they know and trust. This case clarifies that for debtors who get betrayed by people close to them, the law is still on their side.

We can help y0u with your Section 523 Claim

Whether this is your first land use issue or most recent, our office has helped people and businesses alike, but we may not take your case if it is not business related. 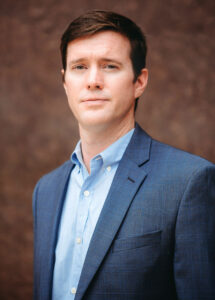 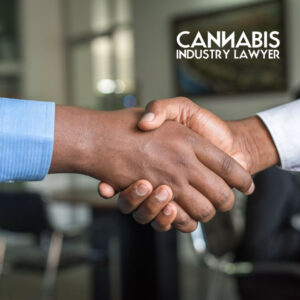 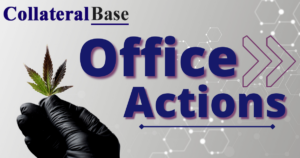